One of the renowned all female band in the country known as ‘Krazy Colours Band’  is set to launch an Extended Play (EP) titled “Mwaononga” on May 25, 2018 at Grittas camp in Lilongwe.

Krazy Colours Band leader, Cynthia Britt Phiri confirmed on Tuesday in Lilongwe to Malawi News Agency about launch saying that the band is all set to launch their debut EP.

“For the first time as Krazy Colours Band we are geared to launch an extended play which is currying the message of real life topics,” she said

According to the band leader, launching of the EP would be a step ahead in the music industry as the Band which was formed in 2016 with a mission of spreading the message of HIV/AIDS and women empowerment.

“Launching of the EP will mean that we are growing up in the industry as a band and we will also show that we have a product that can prove that we play instruments,” Phiri who is the lead guitarist and vocalist of the Band explained.

The other Band members are Chistine Msuseni who plays the bass guitar and vocals; Felisters Phiri is the Lead vocalist and pianist; Carlo Fatch is another pianist and vocalist and Kester Kunje who plays drums and vocals.

It is hoped that after launching the EP, messages of their music will cover a diverse audience and transform lives of many people.

Phiri said that the EP would be the easiest way of the band in spreading the messages of transformation through music.

She added that during the launch people should expect fireworks saying that the people should get set to dance and enjoy the moments with the new songs of the band.

Tanzanian Musician and Teacher, Caffy Tharbany commended the band on the band’s fun page saying that the band is doing great things as compared to other females who spend their time in doing social activities while they live dependent life.

“Big up girls, real girls are those who know to make their own things not just spending hours in beauty salons,” he noted.

Tharbany promised to give the band a gift of guitar when he jets in the country as one way of supporting the band.-Mana ,https:��ߍ�F[ 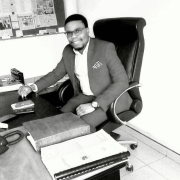 Media urged to strengthen the capacity of reporting health issues